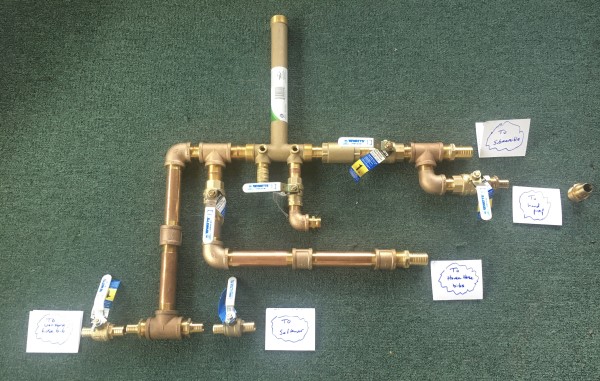 Living where we do, in the shadow of Lake Michigan in the southwest of Michigan’s Lower Peninsula, I’ve focused a lot of my thinking, time and energy on making sure we are never without ready access to two necessities; water, and heat. In this post I address the delivery of pressurized and filtered potable water to the house.

I addressed heat in my post, Sustainable Heat – Year 2 of Our Journey. In part one of this post, Resilient and Sustainable Fresh Water Systems, I addressed the supply plumbing in particular, i.e. the piping and componentry that distribute pressurized water within the house.

In part one I wrote, “First is the desire to maintain pressurized well water supply to the home supply plumbing system,” and I wrote about back-ups to “Normal Operation,” which I defined as “4 inch well pump is fully functional and grid electric power is available.” I discussed two back-ups, the first to the short term loss of grid power, i.e. 1-2 weeks at most, and the second being a backup in the event of a longer term loss of power. This post goes specifically to the second backup, as part of a resilient fresh water supply system. 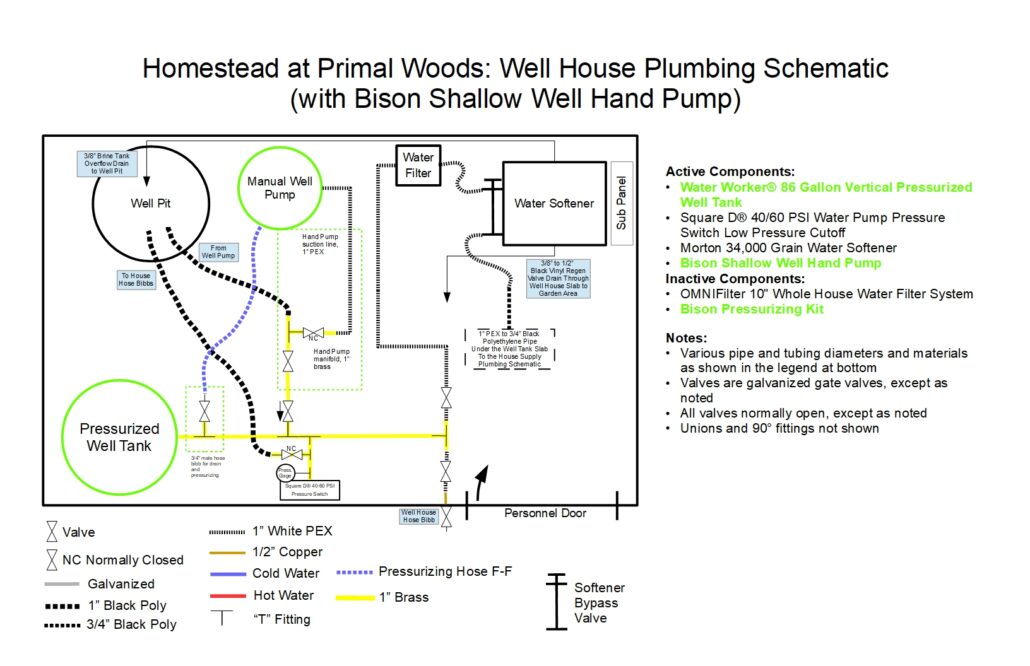 Of course it all starts with the planning. There are two key components required to improve the resilience of the fresh water supply system; a larger Well Tank, and a Hand Pump.

I like to do things once, and investing in quality componentry is key to that objective. The Bison is bulletproof, and incorporates key features necessary to resilience and safety:

I also ordered the repair kit to address normal wear and tear of the O-rings and seals.

As for the pressurized Well Tank, I bought the biggest tank I could get through the door of the Well House. A tank this big is not necessary under normal circumstances, but we’re not preparing for normal. There are two fundamental reasons why I went big:

Then there is the business of designing the plumbing so as to integrate those two components within the Well House fresh water supply system. As Polish-American scientist and philosopher Alfred Korzybski remarked, “the map is not the territory,” and, “the word is not the thing,” which is to say in this case the schematic is not the system! So, how then to accomplish the functions explicit in the drawing is the question. You might know by now that I love PEX, but I didn’t think PEX was appropriate for what I call the Well Tank Manifold. The chief reason for that is that I saw a requirement for a very solid, that is a mechanically stiff structure, in this application. The problem as I saw it was the two 1″ Polyethylene Pipes between the Well Pit and the manifold. Those Poly pipes are relatively inflexible, and I didn’t have a lot of length to work with, so I expected that when I connected them to the manifold they would stress the manifold structurally. Freeze damage to the Well Tank Manifold might then be a concern, but I convinced myself for a few reasons that I didn’t have to worry much about freezing:

The decision to use brass for the manifold having been made, it was simply a matter of organizing and assembling the necessary components, and then connecting the manifold to the Poly and 1″ PEX lines. 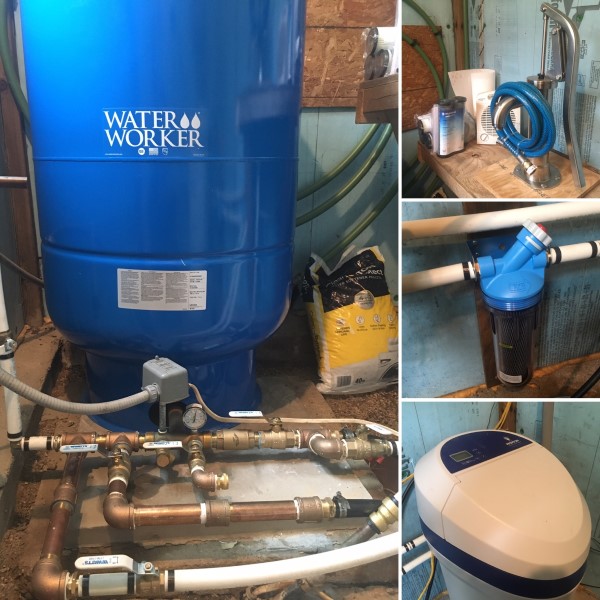 So there you have it, as installed. Clockwise from left in the image: Pressurized Well Tank and Well Tank Manifold, Bison Shallow Well Hand Pump and pressurizing hose, Whole House Filter, and Water Softener. Works fine, lasts a long time. If you have any questions or comments, please leave them for me, I appreciate it.

Democracy in Action
Scroll to top